Details:
6.00 Registration
6.15 Official Welcome by Fierce Fun
6.20 Guest Speaker: Damian Scattergood, STAR – When retro was real! What it was like developing classic arcade games on iconic computers such as the ZX Spectrum.
6.45 The Mindframe Story, Peter Lynch: How we made it, why we made & the day I met Gabe Newell
7.00 Playtime! Play Mindframe Arena, chat to the team and our t-shirt giveaway time

Finally, we are soft launching the Android version of Mindframe Arena next month

It will in the Bank of Ireland Workbench located in Trinity College. Date and time :  7th November @ 6pm

Living up to our name Fierce Fun, we will be having a fun filled launch do with the Irish gaming community (journalists, bloggers, streamers, YouTubers, developers and more). Besides getting to know and play Mindframe Arena before anyone else, we will have some guest speakers, giveaways and grub!...  not bad for a Wednesday evening

So if you are a game streamer, writer or just love to yap about games online, drop us a line via Facebook/Twitter and we will send you an invite (numbers are limited !) 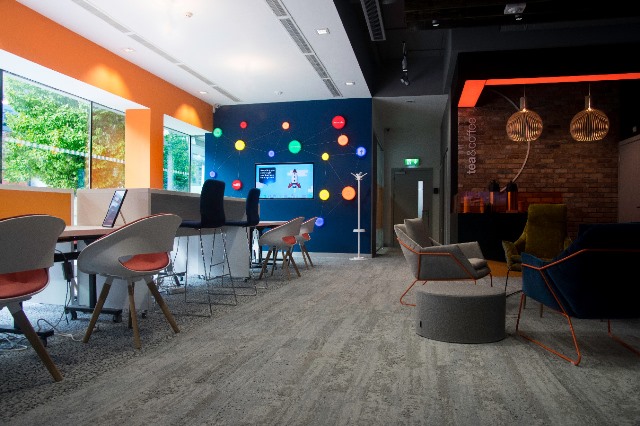 Rastajam is a Jamaican jive master with his distinctive drum beat and deadly dreadlocks, he enjoys life to the full, he is also a good vibe guy with a great philosophy of life, he can teach you a lot about that, his peace and love lifestyle gives him the power to reduce an opponent mid attack value by 25%.

Being less than 2 inches tall and weighing less than a toe nail, Ninja is the perfect stealth Tec warrior. No surprise, black is his favourite colour and coffee. Feed on a strict diet of magic toads, his primary spell allows him to free other Tecs – making him an important member of any faction.

Fighter
1
Freedom
Defensive
Frees one of your Tecs from lockup

On the weekend of October 28th and 29th was amazing for those who love games and had the chance to go to the PlayersXpo 2017 in Dublin! As you might know this super gaming event reunited all of the hottest in the gaming universe (including us!) and retro gaming enthusiasts. You could meet your favourite Youtubers, Twitch Streamers and Game Developers, sometimes some of them were just walking around, making it easier to take selfies and to talk to them!

During the event we saw amazing cosplayers walking around - we even got some pictures of cosplayers at our Mindframe Arena stand!.... thank you guys

Mindframe Arena's stand had great feedback on the game from the adults and especially from the young players. We are aware now that there are kids waiting for the game to be released because they were excited to play it! Well, we can say for sure that it wasn't just only a great experience for the visitors but also for us. We had the chance to show our game and we got loads of positive feedback. This is what keeps us motivated to release the game as soon as possible!

We want to thank all the gamers who came to our stand and played Mindframe Arena and if you couldn't go but want to try the game, sign up clicking here and give your thoughts about the game.

A big thank you to Michael Finucane, PlayersXpo 2017 Creative Director for the opportunity to be part of this amazing experience and all the guys who organised this event directly and indirectly. PlayersXpo 2017 was produced by professional gamers for passionate gamers. The event was well organised with no queues on entry - it was possible to play any game available without waiting for too long and most of them you didn't need to wait to play.

When designing the 23-node board, we were looking for something that would firstly work with our Tecs (animated game characters) and our perspective backgrounds. We also wanted a board with a straightforward winning strategy – get to the other side. Though how you get there is another matter.

We were also looking for a board design that would offer a underlying complexity that would take time for dedicated players to learn. After playing for a while, you will see that the board design is inherently linked to the Tec’s movement patterns and spells.

Without the Tec spells, a game would become just a matter of brute force and attrition. With a Tec's primary and secondary spells, you need to use the board more strategically – protecting other Tecs and key nodes & pathways. We are also happy that the board facility players with different playing styles. You can choose a direct full on attack, or set up a defensive posture or use a Tec on Tec marking strategy.

If you would like to be one of the first to play the game, drop us a line via Facebook or Twitter. We have some goodies for our first test players! 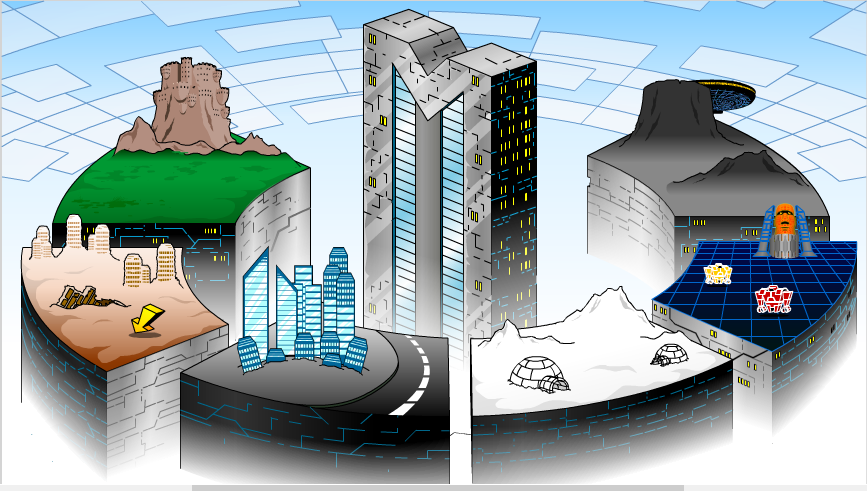 So these are the initial Mindframe Arena zones. As you can see, each one is themed on a specific topic. This is important to the overall game story and how you progress. Each zone will have about 20 levels - we need to fix the final figure for this. There will be another inner set of zones which are going to be pretty exciting,.... cant say anymore for now