Each Tec has a default spell. In time, certain Tecs may have more than one spell. The spells are related to the personality of each Tec. You can play the game without using spells but you probably won’t win 😊. For experienced players, spells are vital in developing winning strategies, particularly when encounter more powerful Tecs.

There are two types of spells;

Defensive spells can only be cast on your own Tecs. They are used to heal or help a Tecs. Likewise, offensive (or attack) spell can only be used on opposing Tecs – hey why would you want to attack your own faction??

A spell is cast by dragging it onto an opposing Tec. Most spells can be cast from anywhere on the board – a big advantage for less powerful Tecs.  After you cast a spell, your turn end immediately ends. 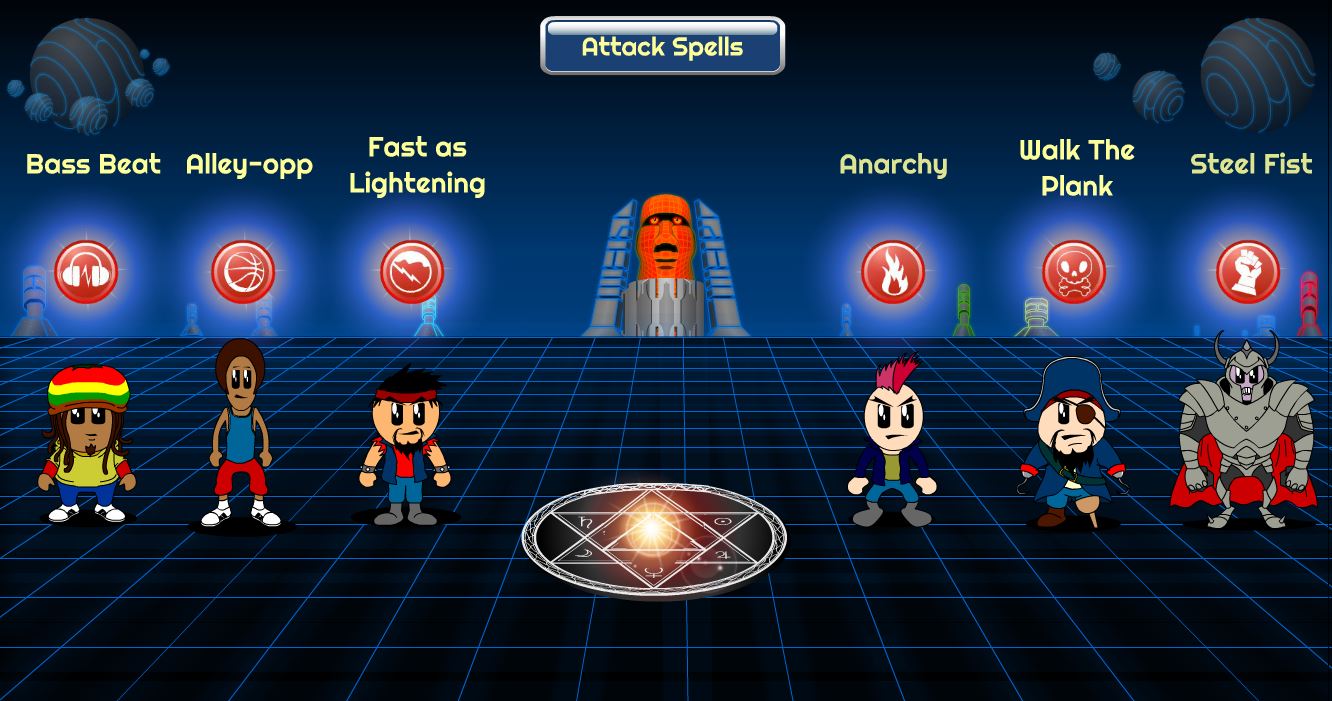 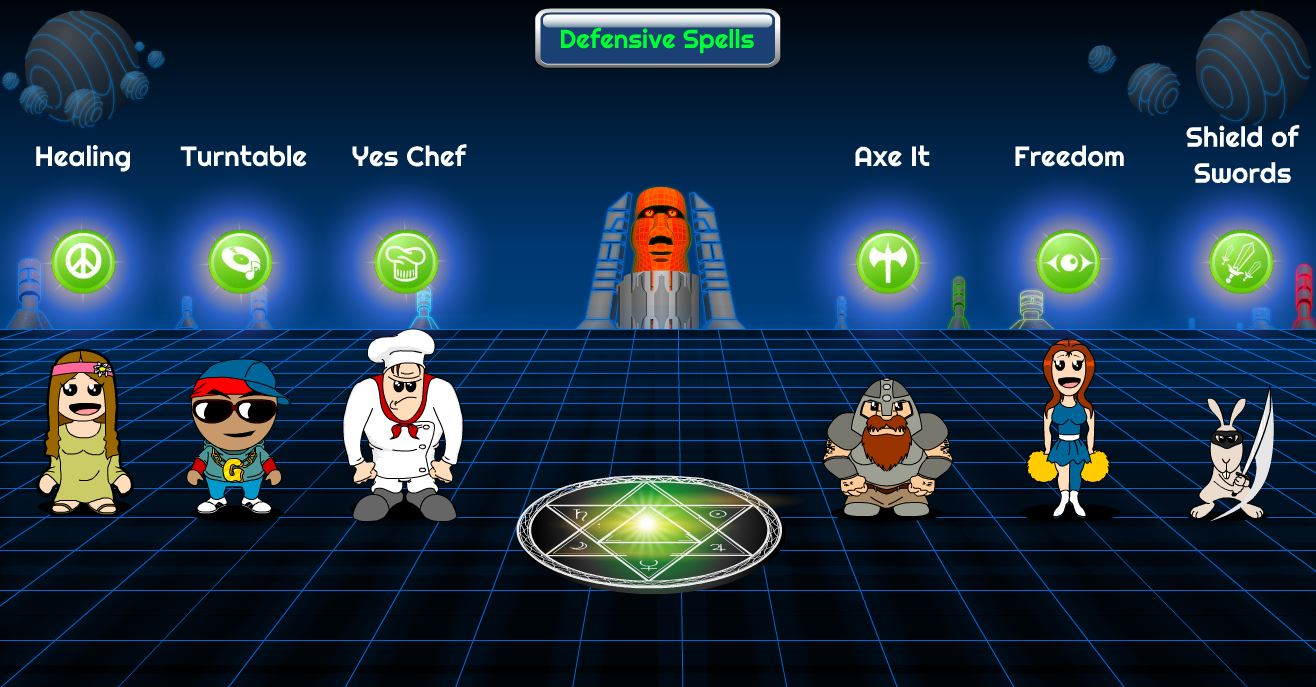